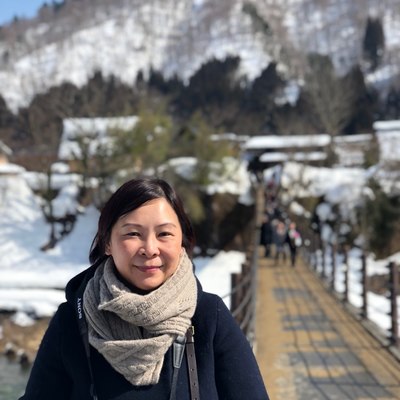 “While the queerbaiting debate is dressed up as progressive, it often ends up reifying the most conventional norms of how heterosexual straight men should present themselves.”
https://www.dazeddigital.com/life-culture/article/57344/1/queerbaiting-doesnt-mean-what-you-think-heartstopper-kit-connor

Robert W Gehl with a perfect explanation of how and why social media researchers need to rethink their methods and research ethics. POLL: If you've been on #Mastodon for over a week and used it each day, how likely are you to go back to using Twitter on a regular basis? “If Twitter does fail…the result could help accelerate social media’s decline more generally. It would also be tragic for those who have come to rely on these platforms, for news or community or conversation” https://www.theatlantic.com/technology/archive/2022/11/twitter-facebook-social-media-decline/672074/?utm_source=twitter&utm_medium=social&utm_campaign=share Please Elon, can you buy Elsevier ? Good reporting on @Mastodon here, including asking critical, reflective questions like this:

“If so many people are expecting a Twitter-like experience, maybe it’s time for us to question our expectations about what social media is, what it can do, and whether we even want it in the first place.” 1/4 A key thing I've learned about Mastodon: When you find your friends on here, don't just follow them — add them to a list!

If you follow a lot of accounts, your close friends' posts may not show up in your feed at a time you're logged on. Unlike FB or Twitter, Mastodon has no algorithm to resurface your friends' posts from hours or days ago.

Solution: Create a list called "Friends" and check it when you're on. This will ensure that you see what they posted while you were away. (cont'd) Two things that are really important on here:

⚠️ Use Content Warnings on anything that people may not want to read right now. It could be upsetting like violence or politics, mild like movie spoilers, but either way it shows empathy and consideration for strangers. More info: https://fedi.tips/staying-safe-on-mastodon/#UsingContentWarnings

These features are key to keeping this place friendly. Please use them. 🙏 ❤️ Let’s try this again. Where you at #fediverse? Boosts welcome so we can get the best sample size. I don’t know how many new #Mastodon users are also old #Tumblr or #LiveJournal users like me, but I’ve found it useful to think of the #CW function more in the context of a Tumblr/LJ ‘Read More’ link for collapsing posts and streamlining timelines, rather than strictly as ‘What I’m saying is offensive.’ Maybe your post is long! Maybe you’re not sure people are in the mood to read a rant right now! CW gives options. #TwitterMigration

The thing I hate most is to pre-record lectures on the topic of fandom. I constantly worry over whether I’m giving students enough or too much information. The perils of not really teaching the thing you’re most qualified to teach. Why am I pre-recording lectures? The Malaysian Ministry of Higher Ed has decreed we can’t have physical classes during election period. 🙄 Because we don’t do postal votes. Which is just stupid. #FanStudies

Observations about the bird app exodus

I've seen some comments on the bird app about the exodus that is almost accusatory, which is...fascinating in a way. One in particular made a lot of assumptions about why people are leaving. #TheMandalorian made me love the #StarWars universe again, but #Andor is currently ranking very high among my most favourite TV series of all time. Yes, this means among the ranks of #TheXFiles and #BSG who those of you who know me. Musk is Chief Twit. An LA Times op-ed (from me)

Musk is Chief Twit. An LA Times op-ed (from me):

Some Mastodon thoughts, for bird-site expats (which include myself). I'm aggregating these from posts I've boosted before, so little of this is my own brain.

- There's no algorithm here. That means favoriting/liking doesn't do anything except communicate approval to the OP and others (which is still nice!).

- No algorithm means boosting ("retweeting") is the true method to increase a post's visibility. Do that more than you did on birdsite.

- There's no post-quoting here, and that's by design. Look at quote-tweets on the birdsite; it's a feature primarily used for toxicity.

- There's no direct word-search here either; that means you want to use hashtags to make posts more searchable. This is also intended, since word-searching posts was often used to harass/stalk on the birdsite and elsewhere, so that was left by the wayside here. This also means hashtags are much more a thing here than any of the algorithm-powered sites.

- It's encouraged to put in text descriptions when you post images; a lot of Mastodon users use screen-readers due to various disabilities, and getting an image description read out loud helps them immensely.

- Speaking of screen-readers: using capitalization in your hashtags allows the screen-readers to read them more easily, especially if you're smashing multiple words together. #rockmusic = unreadable. #RockMusic = readable.

- The best way to make threads is to make set your first post as public, but "unlist" all of your replies. This prevents your whole thread from clogging up feeds.

- Content Warnings should be used more liberally here. If you haven't gotten the impression yet, much of Mastodon was built and populated by marginalized groups who were harassed/bullied off of other platforms. This is the culture they built, to respect each other's mental health. It's not a rule, but it's well-appreciated.

- Consider chipping a few bucks towards whomever runs the server you're on; the strain is real, and most server admins were likely paying out of pocket before so don't have an existing donation base. The growth here has been extremely fast, and that means money's needed.

- DMs are just posts with privacy settings. So if you @ someone in a DM, you pull them into the thread. That could be embarrassing.

- Also, no, DMs aren't end-to-end encrypted, but they aren't on Twitter either. Don't use either if you want true privacy.

- Including your Mastodon handle in your birdsite profile will help people find you here; there's a tool (pruvisto.org/debirdify/ is one of them that's used) people can use to pull Mastodon handles from Twitter profile.

- Use the blocking and reporting features liberally, if needed. This should go without saying, but they work, and work well!

- If there's an entire Mastodon server you don't want to hear from, you can block the whole thing too.

I'll reply with some more as I see them, or reply here too. I've only been here 4 days but I'm loving it so far.

Help newcomers make connections: name 5-7 things that interest you but aren't in your profile, as hashtags. Then boost this post or repeat its instructions so others know to do the same.

If anyone is interested in #FoodCultures and how it connects to notions of #nostalgia, #SenseOfBelonging and #colonialisms, do sign up for this talk by @annasulan happening on Friday, 18 Nov. It's online and free! https://www.eventbrite.com/e/taste-of-place-how-food-connects-to-nostalgia-home-and-belonging-tickets-444863969107